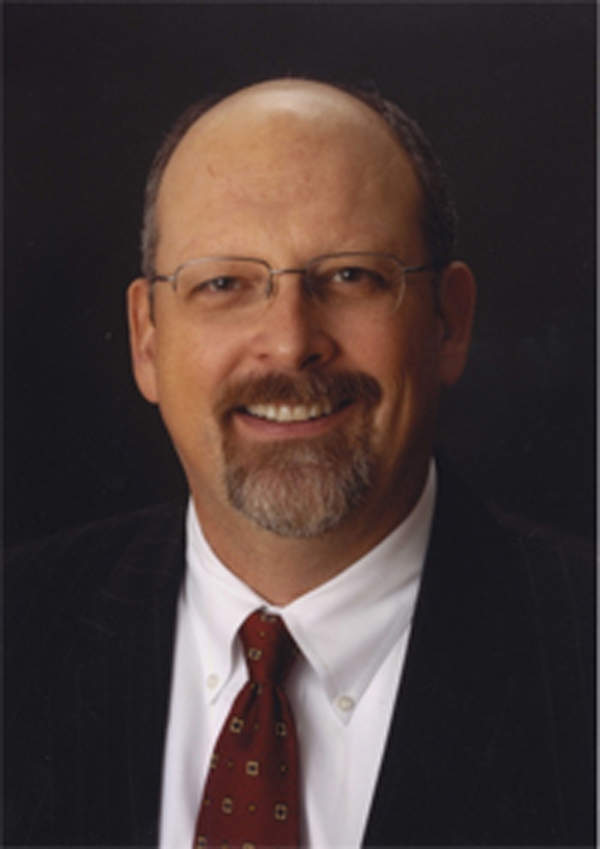 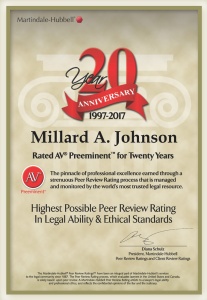 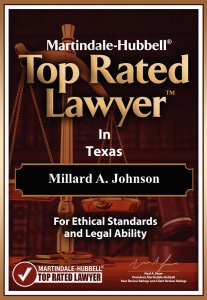 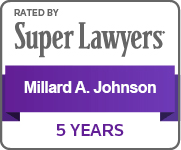 A native of Texas, Millard has been practicing law for almost 35 years.    While the focus of his practice is commercial litigation, he has recognized expertise in land use and commercial real estate litigation, insurance coverage disputes, and complex payment systems litigation. However, there is no type of civil litigation matter Millard hasn’t handled successfully.   He has experience is First Amendment cases, pipe and pipeline disputes, condemnation matters on behalf of both condemnor and condemnee, probate litigation, administrative and regulatory agency claims, and even criminal and divorce proceedings.  He has also represented large banks and financial services companies in a wide variety of litigation matters.

Millard is recognized for his knowledge of the complex, inter-linked moving parts that make up the landscape of legal disputes.  He understands how to expedite cases through a gauntlet of federal and state statutes and local municipal ordinances and regulatory schemes, government elected or appointed officials’ agendas, and within the confines of the overall political environment to achieve the best outcome for his clients.  He is routinely sought out by other attorneys, both inside and outside of the firm, for his counsel on all types of cases.

In fact, a substantial portion of Millard’s practice is in the representation of other attorneys who seek his assistance.

Millard’s substantial jury trial experience provides him with a major advantage in litigation, as well as to help his clients proactively avoid litigation. With an outstanding record, including numerous successful jury trials, Millard is a recognized face in the broader Houston area’s courthouses. He is well respected as an attorney who maintains productive professional relationships with many of the judges, and comes to court well prepared with solid, defendable arguments.

Millard has been named one of Texas’ Super Lawyers® by Key Professional Media, as published in Texas Monthly magazine on more than five occasions – most recently in 2017. He was selected based upon stringent nomination criteria and a rigorous vetting process, placing him in the top 5% of lawyers in the state of Texas.  He has been AV rated for more than 20 years by Martindale-Hubbell.

– Successfully represented a major payment systems provider in a private arbitration proceeding to protect its website integrity and to prevent prohibited use by unscrupulous payments aggregators
– Successfully tried to a jury a large attorneys’ fee award in which the fees sought were also part of the damages claim
– Obtained a directed verdict in Federal Court in the Rio Grande Valley on behalf of a local utility company defendant after two weeks in trial before a jury
– Appeared before the Hidalgo County Commissioners’ Court on behalf of a major local utility in connection with the Court’s improper abandonment of an easement
– Negotiated and documented the sale of a local utility company to a major competitor
– Obtained dismissal for lack of personal jurisdiction in California Superior Court for a local Texas client
– Successfully obtained a disqualification of a prominent Oklahoma law firm on the basis of a conflict of interest
– As special counsel for Debtor, successfully challenged multiple substantial claims in assisting obtaining a confirmed Chapter 11 plan of reorganization
– Successfully tried to a jury verdict a multi-million dollar dispute between the operator of the iconic Flagship Hotel against Landry’s, Inc.
– Oral argument before the Houston First Court of Appeals
– Oral argument before the United States Court of Appeals for the Fifth Circuit
– Oral argument before the Texas Supreme Court (see the argument here)
– Successfully obtained a dismissal of a FINRA arbitration for the institution’s failure to comply with arbitrator’s orders

* No 93-2842; In the United States Court of Appeals for the Fifth Circuit; the Houston Business Journal, Inc. and Dee Gill v. The Office of the Comptroller of the Currency.

* No. 91-6288; No. 91-6141; In the United States Court of Appeals for the Fifth Circuit; Transamerica Occidental Life Insurance Company v. Jimmy W. Grider; On Appeal from the United States District Court for the Southern District of Texas, Houston Division.

* In the United States Court of Appeals for the Fifth Circuit, No. CV-87-6111; Texas Gulf Trust Company v. Natural Gas Pipeline Company of America; On Appeal from the United States District Court for the Southern District of Texas.

* Cause No. 94-1201; In the Supreme Court for the State of Texas; California Insurance Guarantee Association and Wisconsin Insurance Security Fund v. Honorable James W. Mehaffy.

* No. 01-01-00631-CV; In the Court of Appeals for the First Judicial District at Houston, Texas; City of Hedwig Village Planning and Zoning Commission and S. Frank White v. Howeth Investments, Inc. and Jack Howeth as Trustee for the 881 Brogden Trust and the 901 Brogden Trust, Assignees of Howeth Investments, Inc.; On Appeal from the 189th Judicial District Court, Harris County, Texas.

* No. 01-86-00216-CV; In the Court of Appeals for the First Supreme Judicial District of Texas; Texaco Inc. vs. Pennzoil Company; On Appeal from the 151st District Court of Harris County, Texas.